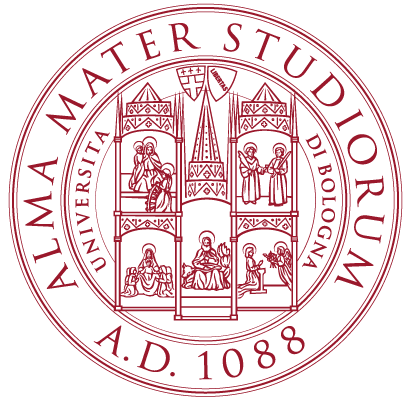 Workshop on Molecular Mechanisms of Tribochemistry and Lubrication

M. Clelia Righi organized a Workshop with Chris Lorenz (King’s College, London) and Eddy Tysoe (University of Wisconsin-Milwaukee) about the Molecular Mechanisms of Tribochemistry and Lubrication at the CECAM Headquarters at Ecole Polytechnique Fédérale de Lausanne, Switzerland, from 27 to 29 January 2020. World experts in this field, both theorists and experimentalists, will participate to discuss new strategies in designing materials and systems to overcome today’s challenges in tribology. The objectives of this event are to find the best possible computational strategies to face complex tribological problems, to shed light on the fundamental aspects of the tribochemical reactions such as the effect of load, shear stress, confinement, and better understand how to control molecular-level mechanisms of friction and wear.

M. Clelia Righi collaborates with Total S.A. for the computational design of lubricant additives since 2012. The objectives of the last research project, started in 2017, have been presented during a “Kick-off meeting” at Unimore, which was attended by the Rector Prof. A. Andrisano, and Total managers.

The project with Total focuses on a lubricant additive based on molybdenum and sulfur, which is commonly used in car engines. The objective is to understand the chemical reactions activated by mechanical stresses which lead to the formation of friction-reducing tribofilms.

Altering the Properties of Graphene on Cu(111) by Intercalation of Potassium Bromide is a study published on the journal ACS Nano in 2019 by Prof. M. Clelia Righi and Dr. Paolo Restuccia in collaboration with the University of Basel.

Interaction of graphene with a metallic substrate negatively affects the optical properties of graphene.

Our simulations, based on the experimental observations obtained at the University of Basel, reveal that potassium bromide is able to decouple graphene and the metal substrate, and preserve the remarkable properties of graphene.

Righi’s computational tribology group takes part actively in events for the general public. One of these is the European Research Night, an opportunity for researchers to present their work to non-specialists and young people. In Modena, the event takes place in the city center and Righi’s group participates by presenting tribology and the role of computer simulations in designing materials for applications.

M. Clelia Righi presented the objectives of the SLIDE ERC project on “Leonardo”, an Italian TV show on the RAI 3 channel focusing on news in the field of science, technology and innovation. The interview, in Italian, can be watched at this link, starting from minute 3’30”.

Thanks to news reporter Elena Cestino and the editorial staff of the “TGR Leonardo” show for the interview.

Toyota Central R&D Labs. based in Nagakute, Japan, renewed a collaboration with the research group of M. C. Righi at the Physics Department of Unimore to study tribological phenomena.

Toyota contacted me after the International Tribology Conference (ITC) held in Hiroshima in 2011. There I presented the first ab-initio molecular dynamics simulations applied to tribology. These simulations allow a better understanding of the reactions occurring at the buried interface. The novelty of this approach attracted interest in the tribology community and industries.

In Onset of frictional slip by domain nucleation in adsorbed layers, a work published in Proceedings of the National Academy of Sciences in 2010, M. Reguzzoni, M. Ferrario, S. Zapperi and M. C. Righi show that the onset of slip is a nucleation process.

Creep motion matters in a variety of fields: In materials science, creep of grain boundaries makes it challenging to predict the longevity of material properties with potential implications for nuclear power plants or railway wheels. In Earth science, creep plays a critical role in the motion of tectonic plates. […]
Theorists cannot apply their beloved tools – such as linear-response theory – to creep phenomena in a straightforward fashion. This is why it is difficult to develop a theory for creep motion, which is precisely what Reguzzoni et al. succeeded in doing for a specific system in this issue of PNAS. Their work is impressive because they not only derive the functional relationship between creep motion and external force, but they manage to ascertain the correct material-specific parameters with surprisingly simple and thus elegant analytical calculations.

The publication and a summary by Prof. Martin Müser

The group has frequent interactions with students from high school. The Physics Department of Unimore hosts students in several occasions to introduce them to scientific research. Students can stay for a single day or longer periods depending on the proposed activities. One of the students who visited the group, Aleksandar Glišić, is acknowledged for precious contributions to the present website.

Righi’s group participated also to Unimore Orienta (2019, 2018, 2017 editions), where students from high school visit the University in an “Open day” event. They can meet members of the computational materials and tribology group presenting some highlights of the research.

The study Interfacial Charge Density and Its Connection to Adhesion and Frictional Forces was published on Physical Review Letters in 2018. The connection between tribological and electronic properties of interfaces has become clear with the contribution of the Unimore researchers Michael Wolloch, Paolo Restuccia, Giacomo Levita and M. Clelia Righi.

Friction is a very common phenomenon, from nanotechnologies to earthquakes, and it is well studied since Leonardo da Vinci. However, the fundamental origin of friction is still not completely understood.

Through computer simulations, we demonstrated that adhesive friction depends on how interfacial charge redistributes while the two surfaces slide against each other.

In Load-induced confinement activates diamond lubrication by water, an article published by G. Zilibotti, S. Corni and M. C. Righi on Physical Review Letters in 2013, the first ab initio molecular dynamics simulations of a sliding interfaces have been described.

Tribochemical reactions are chemical processes, usually involving lubricant or environment molecules, activated at the interface between two solids in relative motion. They are difficult to be monitored in situ, which leaves a gap in the atomistic understanding required for their control. Here we report the real-time atomistic description of the tribochemical reactions occurring at the interface between two diamond films in relative motion, by means of large scale ab initio molecular dynamics.

In the publication Pressure-induced friction collapse of rare-gas boundary layers sliding over metal surfaces, appeared on Physical Review Letters in 2007, M. C. Righi and M. Ferrario identify a counterintuitive behavior of rare-gas monolayers on metals that deviates from the macroscopic Amonton law.

This behaviour is dictated by quantum mechanical effects that become predominant at close surface separation and cause friction to disappear at a critical load. The challenge here is to identify other solid interfaces, suitable for practical applications, where the same effect is present.

This website uses cookies to improve your experience while you navigate through the website. Out of these, the cookies that are categorized as necessary are stored on your browser as they are essential for the working of basic functionalities of the website. We also use third-party cookies that help us analyze and understand how you use this website. These cookies will be stored in your browser only with your consent. You also have the option to opt-out of these cookies. But opting out of some of these cookies may affect your browsing experience.
Necessary Always Enabled
Necessary cookies are absolutely essential for the website to function properly. These cookies ensure basic functionalities and security features of the website, anonymously.
Functional
Functional cookies help to perform certain functionalities like sharing the content of the website on social media platforms, collect feedbacks, and other third-party features.
Performance
Performance cookies are used to understand and analyze the key performance indexes of the website which helps in delivering a better user experience for the visitors.
Analytics
Analytical cookies are used to understand how visitors interact with the website. These cookies help provide information on metrics the number of visitors, bounce rate, traffic source, etc.
Advertisement
Advertisement cookies are used to provide visitors with relevant ads and marketing campaigns. These cookies track visitors across websites and collect information to provide customized ads.
Others
Other uncategorized cookies are those that are being analyzed and have not been classified into a category as yet.
SAVE & ACCEPT